At the Warren Truck assembly plant, Chrysler implemented an RFID carrier-based solution to track the carriers in their facility.  This new system reduced carriers lost to downtime by 1,362 units, and avoided over one million dollars in overtime cost. Project payback occurred in four months with an ROI of 354%. 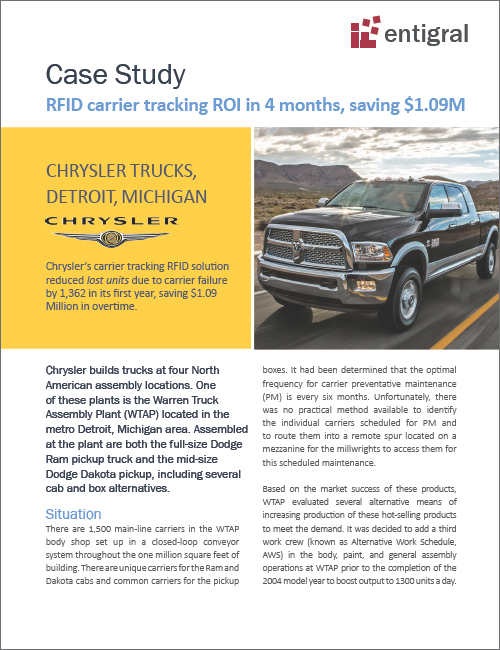